This conference offers an original reading of interpersonal trauma and its consequences. It is intended for psychotherapy professionals and, more broadly, for all health professionals involved in the follow-up or referral of patients

From Passion to Action: An Enactive Approach to Interpersonal Traumatization and Its Resolution
We primarily long and strive to preserve our existence. Achieving this aim is typically a struggle. Like other organisms, we exist under precarious circumstances. This is because we have needs that only a suitable environment can provide. While our environment includes ‘things’ useful to us, it also includes objects, other subjects and events that can harm us. Another struggle is that we include multiple longings some of which can be opposite. We long and strive to eat, drink, relax, sleep, explore, attach, bond, love, make love, understand. Under threat, we startle, run, freeze, fight, ‘play dead’. Feeling fragile, we hunger for power. Integrating these various longings can be a most difficult action.
We engage in an action when we manage to get what is useful to us or avoid, or get rid of, what harms us. When powers external to us influence us more than we can influence them, we engage in a passion, with death as the extreme.
Threat to our existence and well-being calls for action but may release passion. Ignorance involves ignoring perils and their consequences. This passion includes conducts such as looking the other way, underestimating hazards or belittling risks, remaining naive. Fragility stands for being and feeling confused, overwhelmed, powerless, hurt. It shows, among others, as fear, panic, excessive worry, ineffective or inefficient attempts at defense. A third passion pertains to emotional control, to power displays such as blaming others (persons, nations) or things, engaging in misleading authority statements, minding one’s personal or national interests at the expense of meeting general interests, inventing a conspiracy theory, abusing the occasion to gain political power, going to war.
We are strongly dependent on others. Becoming born into our world, we are physically and mentally at the mercy of our parents or other individuals who are most significant to us for years to come. With maturation, we gain more autonomy but even as adults we can in many cases achieve little on our own. Most human endeavors would not be if we would not cooperate. Our life is profoundly social and cultural.
Our longing to attach to our parents or their substitutes goes very deep, as is our longing to defend ourselves when we are endangered. What happens when the involved adults are not only useful to their children—so that the children will experience and conceive of them as ‘good’? What if children’s parents or substitute caretakers are at the same time useful and harmful or ‘neutral’ to them? What if these adults ‘love’ and ‘hate’ them, attract and reject them, care for them in some sense and degree but also attack them and/or emotionally (ab)use or ignore them, particularly when the shifts are incomprehensible to the child and pop up suddenly and unexpectedly? How are children to live when they are deeply affected by contrary longings? How are they to exist when they, guided by attachment needs are strongly inclined to move toward them, and when they, guided by defensive needs, are at the same time urged to move away from them? How are they to live when they are coupled to parents that, as they experience it, are at the same time ‘good’ and ‘bad’? How are children confronted with this inconsistent if not paradoxical reality to make sense of themselves and their Umwelt?
One solution is to divide oneself in two or more dissociative agents, each with their own experience and idea of who her or she is and what the world is like. A common constellation is the following. As one dissociative agent, the child is guided by longings if daily life and longing to ignore painful realities, so that they can feel, “my parent are good”. As another dissociative agent, the child is guided by defensive needs and desires, implying that the parents are dangerous ‘things’. And as a third agent, the child is primarily mediated by the longing for autonomy and self-determination, if need be at the expense of others, including the other dissociative agents. To this agent, the parents are useful power models.
While this solution may allow endangered children to preserve their existence and develop in some regards, it also brings about internal struggles and other features of nonrealized traumatization. These troubles can persist for decades. Therapy for traumatization must thus be the endeavor to help patients develop the actions needed to overcome the passions, to overcome the trinity of dissociative ignorance, fragility, and control.

Ellert R.S. Nijenhuis, Ph.D., is a psychologist, psychotherapist, and researcher. He engaged in the diagnosis and treatment of severely traumatized patients for more than three decades, and teaches and writes extensively on the themes of trauma-related dissociation and dissociative disorders. He initiated and continues to be engaged in biopsychological studies of complex dissociative disorders. Nijenhuis is a consultant at Clienia Littenheid, Switzerland, and collaborates with several European universities. His theoretical, scientific, and clinical publications (see www.enijenhuis.nl) include the book Somatoform Dissociation (Norton, New York). With Onno van der Hart and Kathy Steele he co-authored the book The Haunted Self: Structural Dissociation and the Treatment of Chronic Traumatization (Norton, New York). This work has been translated in many languages. The first two volumes of Nijenhuis’ recent trilogy The Trinity of Trauma: Ignorance, Fragility, and Control (Vandenhoeck & Ruprecht, Göttingen) appeared in 2015. The third volume, Enactive Trauma Therapy was released in april 2017. In 2004 Queen Beatrix from the Netherlands appointed him Knight in the Order of the Dutch Lion for his outstanding contributions to the study and treatment of chronically traumatized individuals. Nijenhuis has been one of the founders of the European Society for Trauma and Dissociation. The International Society for the Study of Trauma and Dissociation granted him several awards, including the Lifetime Achievement Award. 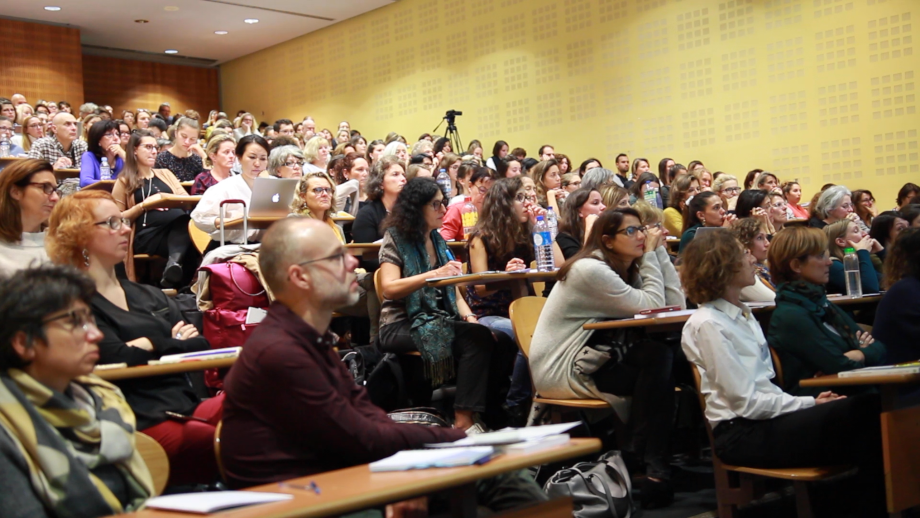